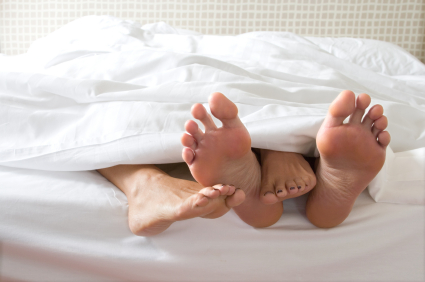 A survey study among members of the popular QA site RealSelf.com found that a significant percentage of women with breast implants report that their sex lives improved after the procedure.

While the finding of this study aren’t surprising, it’s still nice to know that breast augmentation surgery produces such benefits that often times can’t be predicted or measured. It makes sense that boosting a woman’s self esteem would translate into a more enjoyable and active sex life, just as anything that makes a person more attractive would.

Although the study didn’t specify this, I am guessing that a significant percentage of these women would describe their experience as having their sex lives restored or renewed rather than enhanced. At least 40% of my breast augmentation patients are women married with children who don’t necessarily want an augmented look. Instead, they simply want the fullness and cleavage they used to have before they had kids. It’s also quite common to rejuvenate the abdominal area at the same time with a combination of procedures that is commonly referred to as a Mommy Makeover. A mommy makeover includes a breast augmentation to restore the cleavage and fullness lost during pregnancy and breast feeding,  and an abdominplasty (tummy tuck) to remove excess abdominal skin, stretch marks, and repair split abdominal muscles for a flatter, tighter stomach and a smaller waist.

Obviously breast augmentation surgery is not a magic bullet for everyone who is having trouble in the bedroom, but it can be a welcome boost for many women who would feel more confident with an enhanced version of themselves, or with a rejuvenated version of their younger, pre-baby, body.

If you have any questions about breast augmentation or breast implants in general, feel free to schedule a consultation by calling our office at 917-703-7069, or by messaging us here.

I recently decided to get lip augmentation done with Dr. V. I have had both a derm and a plastic surgeon do the procedure in the past, but this was a totally different experience – for the better. In the past,… END_OF_DOCUMENT_TOKEN_TO_BE_REPLACED

I wouldn’t normally announce to the world any cosmetic procedures I have had (this is the first, actually) but I was so impressed with Manhattan Aesthetic Surgery that I felt compelled to review them and to hell with any embar… END_OF_DOCUMENT_TOKEN_TO_BE_REPLACED

Botox for underarm sweating before my wedding

I was considering Botox in my underarms as I perspire when I get nervous, and was preparing for my wedding. I met with Dr. V and his team and they were fabulous. They talked me through the process giving… END_OF_DOCUMENT_TOKEN_TO_BE_REPLACED

My experience with Dr V couldnt have been better. He was attentive, thorough, caring and always available to answer my questions. From preop to postop, his professionalism, skill and knowledge allowed me to… END_OF_DOCUMENT_TOKEN_TO_BE_REPLACED

I would like to say that Dr.Vendemia and staff are wonderful. They are very knowledgeable, patient, and great manners. They made me feel comfortable and answered all my questions. The service I received was amazing, … END_OF_DOCUMENT_TOKEN_TO_BE_REPLACED

I recently purchased a facial/eye treatment from MAS. While I was in the office I met and spoke with Dr Vendemia and also met some of his post surgery patients. It was clear that Dr V is an excellent plasti… END_OF_DOCUMENT_TOKEN_TO_BE_REPLACED

Rhinoplasty for a bulbous tip

From the first visit, I knew that he was going to be the doctor. I went to my other consultations, but none of other surgeons I saw made me feel as confident as Dr. Vendemia did. He spoke to me honestly, and completed h… END_OF_DOCUMENT_TOKEN_TO_BE_REPLACED

I met Dr. V. and was very impressed with his presentation, explanation of the different procedures he does and the before and after pictures. I went because I wanted botox injections for my crow’s feet and lines in my forehead. I al… END_OF_DOCUMENT_TOKEN_TO_BE_REPLACED

Dr. Vendemia was recommended to me to help reduce the size of an existing scar on my back. Although by comparison this was not a major surgery, Dr. Vendemia treated it as if it was. He was very responsive when I had fol… END_OF_DOCUMENT_TOKEN_TO_BE_REPLACED