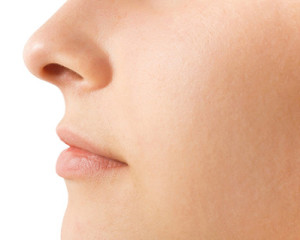 A nose job is the popular name given to rhinoplasty. It is a special type of surgery that is increasingly being opted for by more and more people. Not only does it correct any defect in the shape of the nose, but it also makes a person look better. Dr. Nicholas Vendemia is one of several doctors that offer rhinoplasty. He has developed a great reputation over the years and considered to be an expert in the field.

Rhinoplasty (Nose Job Surgery) Before and After Photos

The most common reason to select a nose job is beautification. Many people are not satisfied with their looks and want to look more beautiful. In some people, the nose is crooked and needs to be aligned. All these reasons and more make people opt for a nose job. Many celebrities started the trend which has now spread to the general population.

Plastic surgery is a general area and is not restricted to rhinoplasty. Any part of the skin and most parts of the body can be enhanced   if any correction is needed. The field is now so advanced that what was considered impossible only a few years ago is now common and widespread.

Many people try makeup and various other devices to look good. Sometimes, it works and sometimes it doesn’t. This is largely because it is a temporary measure. More and more patients are now looking for permanent solutions to their beauty problems. For this reason, rhinoplasty or nose job has emerged as the popular choice among a large segment of the population.

The procedure works on almost anyone. People of both genders and all ages have tried it with great effect. The procedure has also become quicker and virtually pain free over the years. The patients will feel little discomfort during and after the procedure which is very normal.

The current trend is only expected to intensify in the future as beautification becomes more important to people and as the procedures become less expensive. At the current rate, more than ten thousand people will have rhinoplasty performed over them by the next decade.

There is no one definite bracket that this surgery falls into. There are a lot of factors that determine the exact price you will have to pay for this surgery. The fee charged by your surgeon is one of the main factors that will have an impact on the overall price you pay. Apart from that there are several other factors that will influence the price like the geographical area where you get the surgery done. The kind of facility you choose for the surgery and so on.

I wouldn’t normally announce to the world any cosmetic procedures I have had (this is the first, actually) but I was so impressed with Manhattan Aesthetic Surgery that I felt compelled to review them and to hell with any embar… END_OF_DOCUMENT_TOKEN_TO_BE_REPLACED

i just wanted to let everyone know how amazing my experience w dr. vendemia was. i am so glad i found MAS. the whole staff (esp. alicia and karin) have made me feel so welcome. they were extremely helpful and accommoda… END_OF_DOCUMENT_TOKEN_TO_BE_REPLACED

I can’t say enough about my experiences, yes more than a few, with Dr. Vendemia. The office is beautiful, the staff is beautiful, and Dr. V’s achieved goals are to make his patients more beautiful than they dream of.
From… END_OF_DOCUMENT_TOKEN_TO_BE_REPLACED

I’m a woman in my 50’s. I am slender and in good health. I have always taken care of my body. I eat well, exercise regularly and am lucky to have good genetics. As a young wom… END_OF_DOCUMENT_TOKEN_TO_BE_REPLACED

Dr. V is a GREAT surgeon with a heart of gold. He is skilled with the scalpel and knows when to tell you that you don’t need something done. He recently gave my body a “tune up”. I lost 100lbs and needed… END_OF_DOCUMENT_TOKEN_TO_BE_REPLACED

Rhinoplasty for a bulbous tip

From the first visit, I knew that he was going to be the doctor. I went to my other consultations, but none of other surgeons I saw made me feel as confident as Dr. Vendemia did. He spoke to me honestly, and completed h… END_OF_DOCUMENT_TOKEN_TO_BE_REPLACED

He is truly the best! As a PA in the plastic surgery field I have worked with many aesthetic surgeons and have had botox and juvederm before but never with the same results that i had with Dr. V. From the moment you wa… END_OF_DOCUMENT_TOKEN_TO_BE_REPLACED

Dear Dr. Vendemia,
I don’t have words to thank you for being so amazing. You are a gifted Dr and your hands are Blessed by God!
It’s been 10 days from the surgery and I already have my confidence back. I feel beautiful ag… END_OF_DOCUMENT_TOKEN_TO_BE_REPLACED

It’s been almost three months since my rhinoplasty with Dr. V and I couldn’t be happier with the results!

I flew across country for the procedure after talking with Dr. V, Karin and Shea for the months leading… END_OF_DOCUMENT_TOKEN_TO_BE_REPLACED

Having acquired Botox for the past ten years and every visit resulting in mild to severe bruising, this was an extremley surprising and very pleasant experience with Dr. V and his exceptionally attractive and amiable staff (hello Karin … END_OF_DOCUMENT_TOKEN_TO_BE_REPLACED